The Arc Minnesota honors the many parent advocates who have been part of our community since we were founded 75 years ago.

Today we honor Bill Zuber and Milt Conrath—father and close friend of Andrea Zuber, The Arc Minnesota’s CEO. Here’s what Andrea says about these two and their inspirational work.

“My Dad, Bill Zuber, was a Manager in Disability Services at Ramsey County from 1985, until he retired in 1998. In the throes of the landmark Welsch v. Likins class action lawsuit, Ramsey County was in the middle figuring out how to move over 2,000 people with intellectual and developmental disabilities (IDD) who were living at Cambridge State Hospital, into community homes.

Years ago, my Dad told me a memorable story about the first days he had in that job. He and a co-worker went to tour Cambridge State Hospital so he could see the work that needed to be done. According to his story, many people had feeding tubes in. When my Dad asked why that was, he was told there had been a strike, so they didn’t have enough employees to feed everyone. It was easier to use feeding tubes. The strike had ended, but the feeding tubes remained.

My Dad was appalled by what he saw and heard that day, and resolved then and there that, “If it was last thing I did, I would get them out of there” (referring to the residents with IDD). My Dad worked relentlessly over the next 13 years to make that happen.

One of his close partners in the work to deinstitutionalize, was Milt Conrath, who also worked in Disability Services at Ramsey County, and later at Dakota County. Milt and my Dad became close friends, and I was fortunate to have spent a lot of time with Milt and his family, during many, many camping trips in Minnesota and Wisconsin.

Together my Dad and Milt were quite the team—Milt was flamboyant, passionate and unstoppable; my dad was pragmatic, convicted and equally unstoppable. My Dad retired from Ramsey County Disability Services in May 1998, three months after the last resident who was the financial responsibility of Ramsey County left Cambridge State Hospital in a limousine. I was told my Dad authorized the payment for that limousine, using county dollars, in a final display of rebellion and advocacy.

Because of the work of Bill Zuber, Milt Conrath, and countless others, today, people with IDD do not have to face life living in an overcrowded state hospital, rampant with abuse, maltreatment and neglect. We still have work to do to support people IDD to have belonging, freedom and justice, but we have come SO far, thanks to crusaders like Bill Zuber and Milt Conrath, two men who were larger-than-life to me, and who’s legacies inspire my own work.

Thank you, Daddy and Milt, for all you did for people with IDD throughout your careers. Happy Father’s Day!” 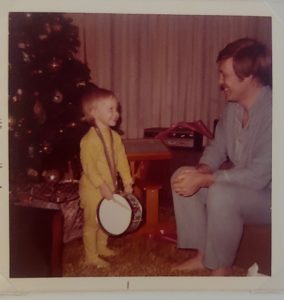