Click here to view our Census and COVID-19 Factsheet

Make sure you are counted in the 2020 Census!

The 2020 Census has started and participation is very important for people with intellectual and developmental disabilities and their families. The census counts every individual living in the United States but many people with disabilities are historically left out of the count. Lack of representation in the census can harmfully impact funding, services, representation, and other resources for a community.

Find a Questionnaire Assistance Center Near You

The United States Census happens every 10 years and is directly tied to key funding streams that support people with disabilities to live in communities instead of institutions. Census data helps guide the distribution of more than $800 billion in federal funding every year. The census determines political representation and affects programs such as housing, voting, education, health care, and public health. Just one person not being counted is a loss of almost 2,800 dollars for their community. Census data is also used to decide the number of members of Congress each state gets. Minnesota is at risk of losing a seat because of a low Census Count. In order to keep our representation, we need you to complete the Census.

The Census and People with Disabilities

The Census Bureau recognizes people with disabilities as a “hard-to-count population”, meaning that they may not be fully represented in the count, and that the programs that are important to them may not receive the funding they deserve. The Arc Minnesota is here to support the intellectual and developmental disability community with completing the Census.

The Census and Confidentiality

Census data is confidential and highly protected by law. Census data is not shared with anyone or any governmental department at any time. Census Workers swear an oath to protect your information and if they break that oath, they may face jail time.

The Census will be accessible and in over 59 languages, including American Sign Language. You can respond to the Census online, over the phone, or by filling out a questionnaire that is mailed to you. If you have any questions or concerns, text Count (Text “Censo” for Spanish support, Tiri for Somali support, or Suavpeb for Hmong support) to 662020 and a census worker will answer your questions over text.

Explore the resources on this page to learn more!

Information on the Census and people with disabilities in Minnesota

Videos in ASL and are accessible for the Deaf and deaf and deafblind community that are informative for the Census, courtesy of the Minnesota Department of Human Services Deaf and Hard of Hearing Services Division.

Group homes are classified by the Census Bureau as Group Quarters and are counted differently than those who do not live in group homes. Click here for more information.

How to Avoid Scams

Unfortunately, there are several scams related to the Census. In order to ensure you are filling out the Census, visit this handy resource page from the US Census Bureau.

How the Census Protects Your Data

The Census is safe, secure, and your information is protected. Visit this resource to find out how.

The Census for Screen Readers

Click here for more information on how to complete the Census using a screen reader.

Click here to email State Services for the Blind for instructions in Braille.

Resources in Languages Other Than English

Resources in Spanish, Somali, Hmong, and other languages including Braille and large print.

Census guides in many languages including large print and braille 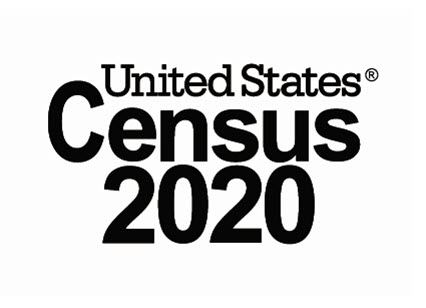